Today we got up close and personnel to four lighthouses, drove through two national forests and three “creek wildernesses”, crossed four major rivers, and turned out at three unusual rock and sea formations named after the devil.

Leaving the Siuslaw National Forest, we took the turnout for Boiler Bay, a cove that you would not find comforting in a boat of any size.

Another cove of crashing surf was called Devil’s Churn. 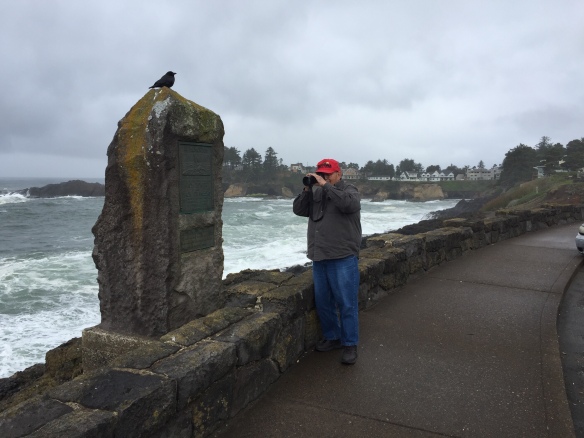 I think my favorite view was from the point on Cape Foulweather (named by Capt. James Cook in 1778) overlooking the town of Otter Rock. 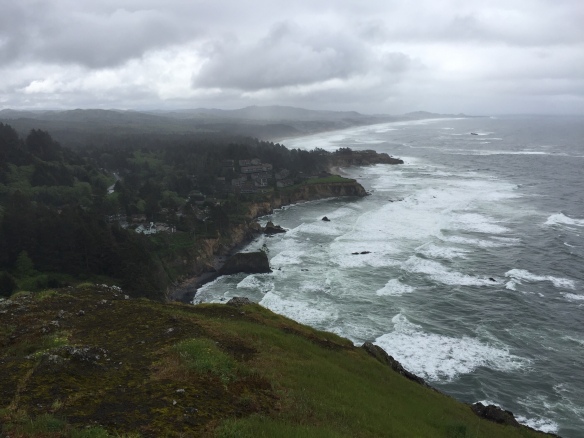 Once you reach Otter Rock, you find the Devil’s Punch Bowl 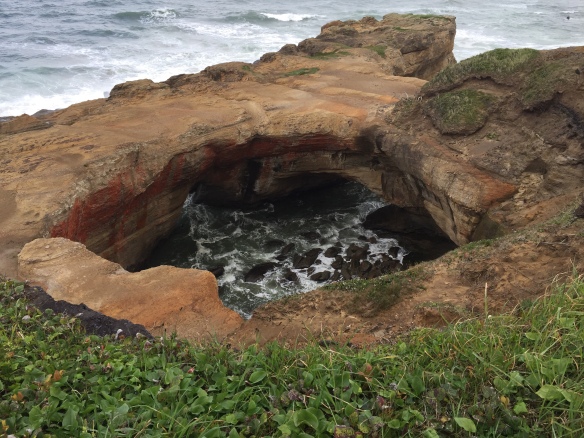 and this tree decorated with floats.

Shortly after Otter Rock, we reached the Yaquina Head Lighthouse, one of the most visited lighthouses in the US. It is cared for by the Bureau of Land Management, so those of us with National Parks’ Senior Passes got in free.

After learning in the Visitor’s Center everything there is to know about Oregon’s tallest (93 ft.) lighthouse, some of us drove and some of us walked the 1/3 mile to the lighthouse itself. The interior of this lighthouse is not open for viewing until summer.

Bill and BJ were armed with more serious cameras than my iPhone.

The Yaquina Bay Lighthouse is only 4.91 miles down the road from the Yaquina Head Lighthouse. It’s small, but offers a peek inside, set up as the keeper’s quarters would have looked in the 1880s. He had seven children.

To be a keeper, a man had to be married. It was preferable that he had kids, theory being he would stay longer. Other qualifications included the ability to write (to keep the records) and be strong enough to pull a boat.

After that, I found an inviting turnout/park with a placard about Lewis and Clark and early fur trading and took my nap. 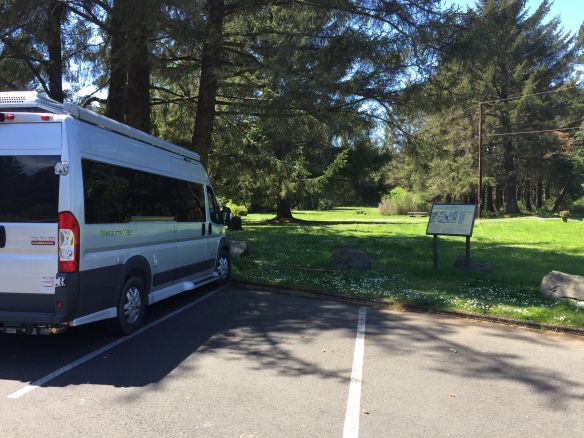 37.4 miles farther (there were, at the lighthouse peak, lights approximately every 40 miles) we came to the Heceta Head Lighthouse named after the Basque explorer Bruno de Heceta y Dudagoitia, who surveyed the northwest coast for Spain in 1775 in the 36-foot Sonora.

We got some much needed exercise walking up the hill. 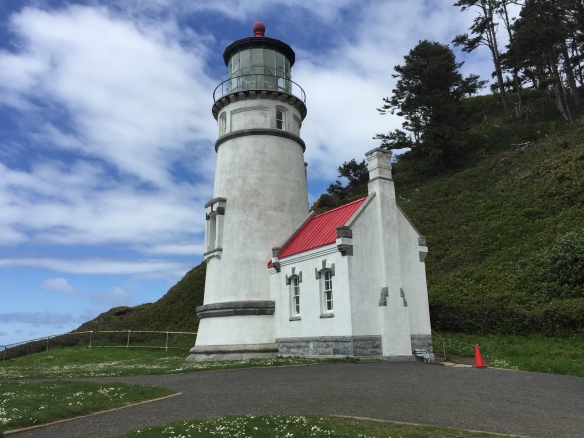 Another path led us to a place where we could look directly at the light which can also be seen 26 miles out at sea. The Fresnel-designed lens was built in England because the French manufacturer was backlogged two years. More trivia: The French glass is clear and the English glass has a yellow tinge.

Legend states that the 12,787-pound lens was shipped from England in a crate of molasses to keep it from breaking or getting scratched. 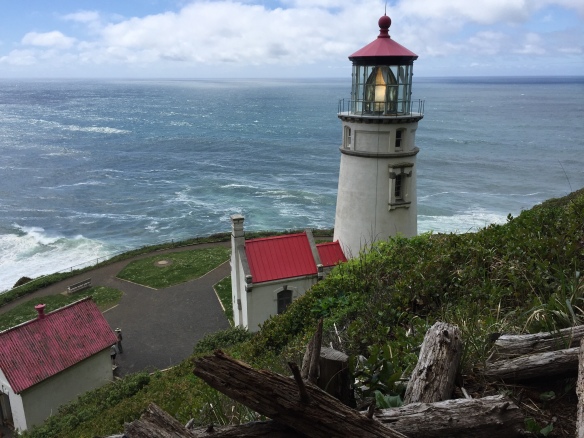 A volunteer showed us the first floor of the interior. The layout, similar to many lighthouses, consists of a workroom, short arched hallway, and stairwell to the light. No dogs are allowed inside, so Peggy (right) and her Shady missed this tour. 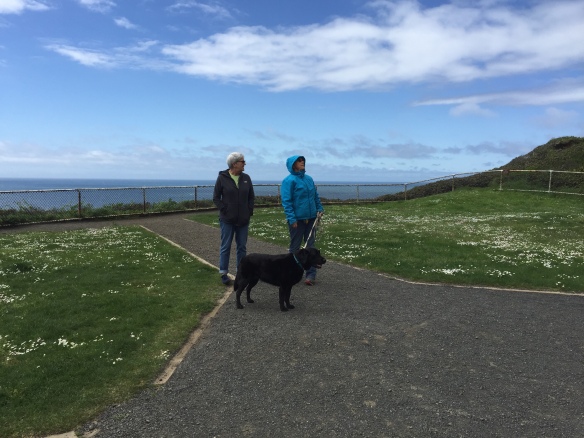 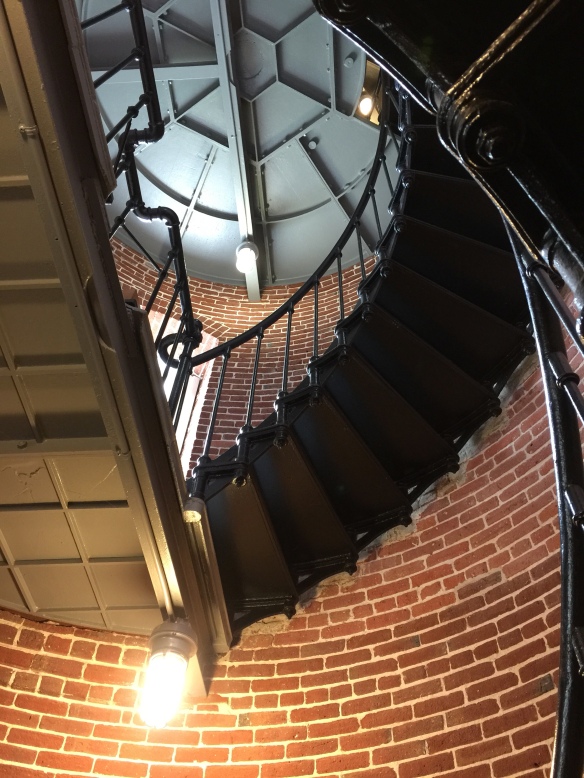 My corgi Annie had waited patiently in the van. 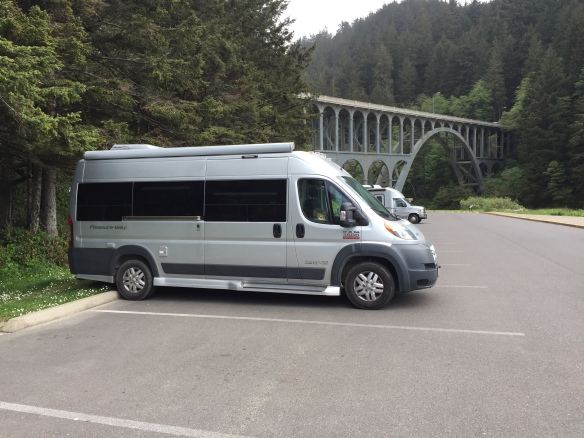 We drove 39.7 more miles past beaches and through forests to the Umpqua River Lighthouse in Winchester. 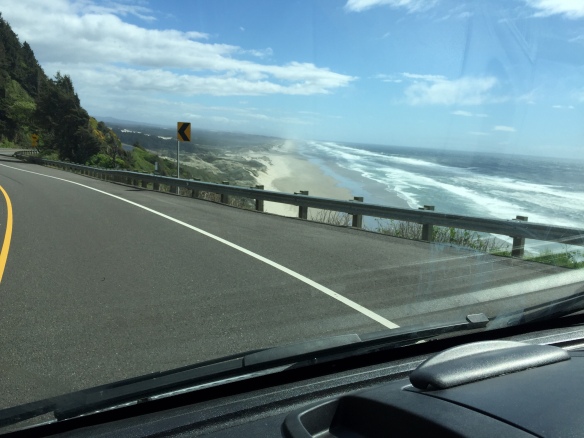 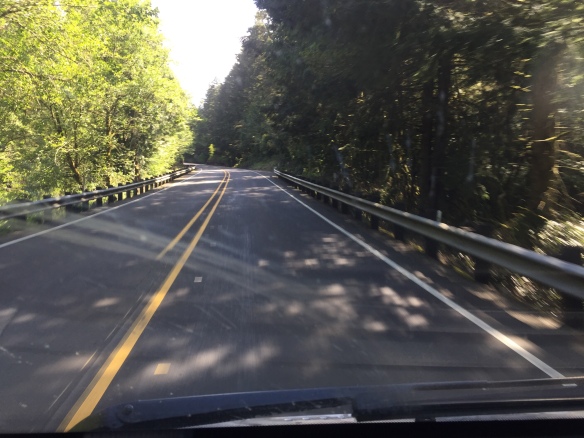 A few of us were lucky enough to snag Ed (at right), a volunteer who had just closed up the lighthouse for the day, to open it again. 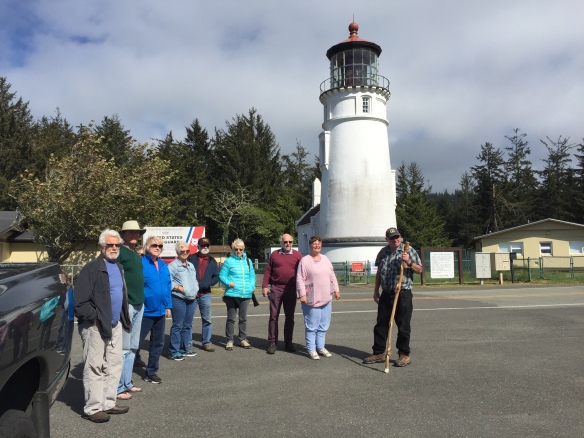 This is the only lighthouse, in Oregon at least, where visitors can look inside the lens, a rare French model. 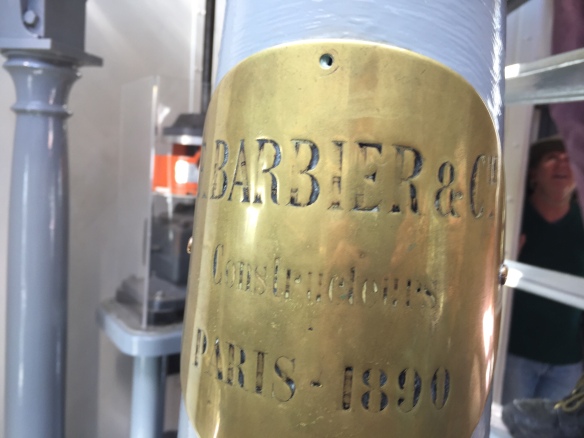 A display showed the progression of light sources – from kerosene lamp to electric bulb. 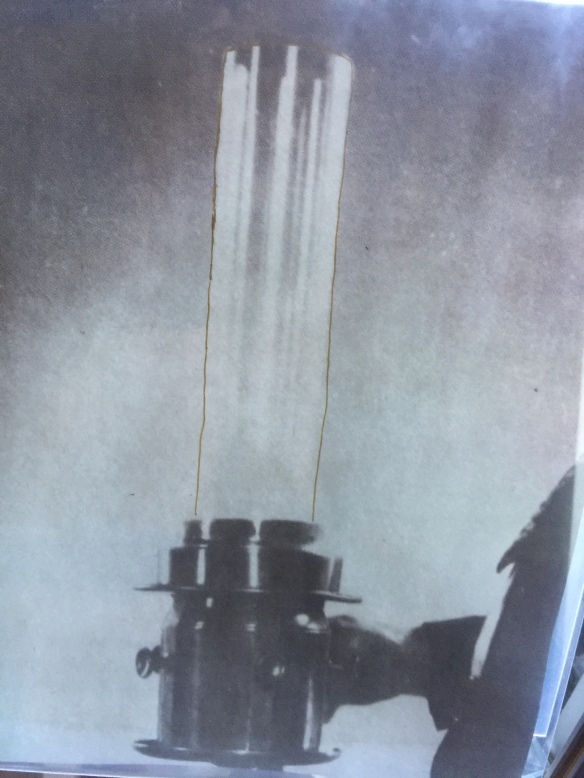 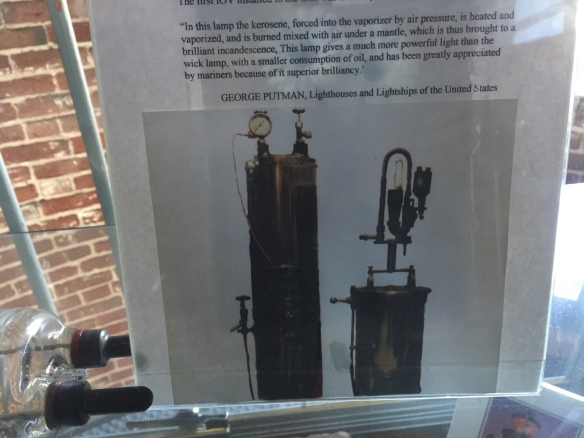 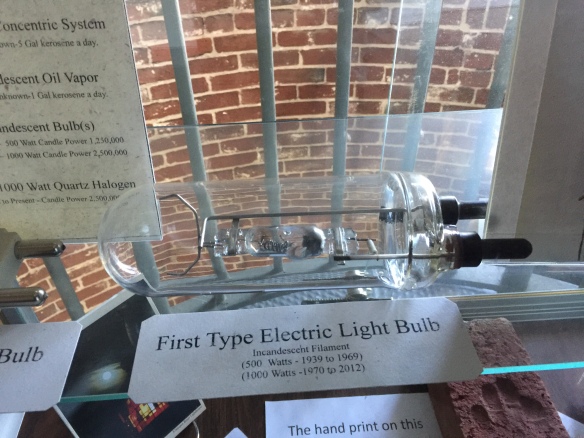 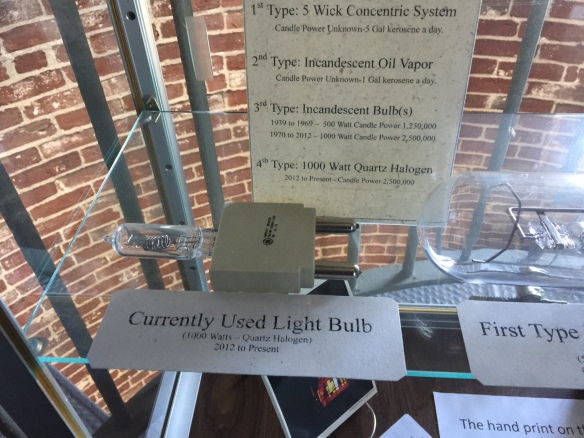 The biggest treat was climbing the ladder into the lens. Installed in 1894, it still functions perfectly. I caught a really cool video, but I can’t get it download right now. 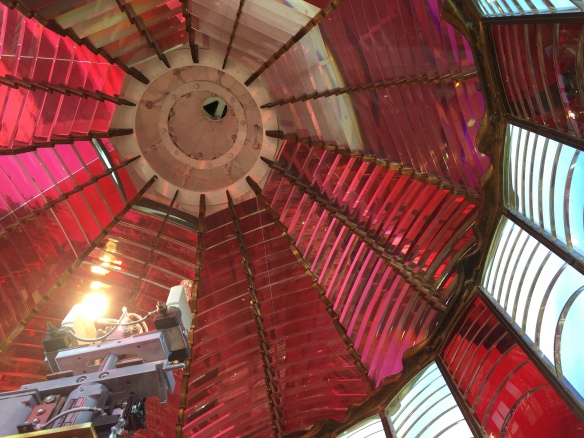 William M. Tugman State Park Campground is home for the night. We are parked around a cluster of yurts.

Tomorrow I need to make the decision to backtrack five miles to visit the Sourdough Bakery in Winchester, or head straight to the next lighthouse in Coos Bay 25.7 miles south.